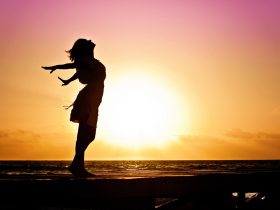 The Golden Rule Of Nature

I woke up in the early hours of Wednesday morning. I picked a few clothes and toiletries and packed them in a small black bag. I slowly walked towards the door and softly opened it so that I could not wake my mother up. I mean my journey to the city was a secret, I knew pretty well that my mother wouldn’t approve of it had I told her. It didn’t take me long to get a Kombi to the city. The seats were rough, the road like any other roads across Chedombo had potholes. I felt like my heart wanted to pop out every time the Kombi could hit one.
A lot of thoughts were going on in my mind. I silently asked myself several questions. “What would my mother do or think when she finds out that I had run away from home?” “How would she react?” “What would uncle Rukovo do when he realized I stole money from his wallet?” “Where will I start from when I get to the city?”
I stopped thinking for a moment when the Kombi hit a big pothole and everyone screamed. Some started insulting the driver accusing him of bad driving skills, some said he bought the license, some said he was drunk, some blamed the government for not maintaining the roads well. I didn’t say anything as I had better things to worry about that potholes.
A couple of minutes later, the Kombi arrived at the main bus rank in Munzviru, the 2nd largest city in Chedombo. I was happy to arrive safely, but I was nervous as I didn’t know where to start from. I got off the Kombi with confidence, I gathered some courage and started walking along a street that led to the city’s CBD, as if I knew where I was going.
I saw a fruit market on the left side of the road and turned to buy some bananas to fill my empty stomach. Well lucky enough I still had some few cents left from the change I got in the Kombi. As I hopelessly stood there by the market place, chewing the last banana from half a dozen I had bought, I saw this dark handsome hunk walking towards me. He was looking straight into my eyes and me like wise. I froze a bit when he said “hello” to me in his deep husky voice. I almost got chocked with the banana as I tried to gather myself together before answering him.
He asked me a lot of questions of which some I have forgotten, but some were, “what is a beautiful girl like you doing alone at the market place?” and “where exactly in this city do you stay?” When I told him my real life story, he showed sympathy, he told me his name was Ron and he came from Nairupa, a country located in the far South Western side of Chedombo. Well I had noticed from his accent though, that he wasn’t a Chedomboan, but I was just waiting for him to confirm.
Ron was so sweet and humble .He promised to take good care of me, make sure I get a job and good
shelter. It felt a dream to me. That is when I started to believe that God can send angels in human
form.
Ron took me to his car, a big silver jeep, I am sure it was one of the latest in the jeep series. He drove
to his house in Dunamis, a low density suburb in Munzviru town. We spoke about a lot of things on
our way and I began to feel secure around him.
The house was big and beautiful, it was filled with expensive furniture and gorgeous interior-deco.
He made me feel at home. He should me a room that he said I should use as my bedroom. I was so
happy. He dished food and we ate together.
Around 4 in the afternoon, Ron left me alone in his house and told me he would come back early as
he had a few businesses to take care of in town. He told me never to mind cooking as he would bring
food from town.
I couldn’t stop thinking about my mother, so I decided to call her. I almost ran out of words when
she picked my call, but then I remembered I owed her an explanation. She was happy to know that I
was safe, but angry and disappointed in me for I left without saying goodbye. I promised her that I
would go home and take her to live with me as soon as I settle. She wished me all the best and that
made me stronger and gave me hope for a better tomorrow.
Around 7 in the evening, Ron came back. He had another man with him that he introduced as Pastor
Phil to me. He said Pastor lived in Hakuvatwi, the country’s capital, but was in Munzviru town for a
church conference and would stay at his place for some days. Pastor Phil was tall, dark and huge. He
had a beautiful smile, he sounded humble and loving. Ron served pizza that he had brought and
some soft drinks that was our supper.
Pastor Phil spoke about Jesus and his love non-stop until we finished eating. I felt so comfortable
around him too. After supper, Pastor led us in prayer. It was quite a short prayer, but with all the
encouraging and powerful words of hope that I wanted to hear at that moment.
After prayer, I went to sleep in my room. About 45 minutes to an hour later, I heard the sound of my
door being opened, I rose my head to check if it was being blown by the wind, but to the shock of my
life, I saw what my eyes couldn’t believe. Guess what? There stood Pastor Phil, naked in front of
me

Find Us on Socials